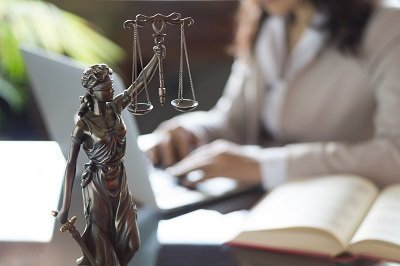 Over the last couple of days, reports have surfaced that the US Department of Justice (DOJ) has changed the definition of Domestic Violence. It is not clear yet how this will affect public policy, prosecution, and access to resources, but one thing is clear: According to the DOJ, psychological abuse, coercive control, and manipulation are no longer considered domestic violence. Ouch.

You may also be interested in: Domestic Violence Statistics in Southern California

The definition was quietly changed in April of 2018, and is just now surfacing. On January 21, 2019, Slate.com published an article highlighting the official change made to the DOJ’s website, redefining domestic abuse. The current version reads:

This narrow definition is a significant deviation from the last one, which protected people from many more forms of abuse. According to Snopes.com, an archived version (April 2018) of the DOJ’s website defined domestic violence as:

“A pattern of abusive behavior in any relationship that is used by one partner to gain or maintain power and control over another intimate partner. Domestic violence can be physical, sexual, emotional, economic, or psychological actions or threats of actions that influence another person. This includes any behaviors that intimidate, manipulate, humiliate, isolate, frighten, terrorize, coerce, threaten, blame, hurt, injure, or wound someone.”

So, what does a change in the definition of domestic violence mean?

Well, the current administration has yet to offer a reason for the change in definition, nor have they made public the intentions and implications of this change. But for those who have tirelessly worked to reduce domestic violence and relationship abuse, the news is disheartening.

That this change will affect millions of Americans who have experienced psychological aggression is more than just speculation. In a data brief published by the CDC, 43.5 million women in the US have been the receiver of psychological aggression from an intimate partner (that’s not even including men and children). Now, under the new definition (if taken literally), it appears those women (and men and children) are no longer protected.

The author of the Slate.com article, Natalie Nanasi, director of the Judge Elmo B. Hunter Legal Center for Victims of Crimes Against Women at Southern Methodist University Dedman School of Law, says it’s still too early to “assess the full impact of the definitional change.”

But she did offer her input on possible implications:

“Perhaps grants that support community efforts to combat domestic and sexual abuse will be restricted to agencies serving victims of crime, leaving survivors without critical resources. If … training, education, and technical assistance curriculum is revised to adhere to the new definition, those experiencing ‘mere’ emotional, economic, or psychological harms may no longer be considered victims. (It is further noteworthy that OVW simultaneously altered the definition of sexual assault, with the new definition containing a similar criminal justice focus).”

Although we cannot yet fully determine how this will play out, we agree with Nanasi that, “Restoring nonphysical violence to the definition of domestic violence is critical.”

We’ve come too far to again embrace archaic legislature that leaves individuals vulnerable to abuse. The good news is, we’ve also come too far to turn back now. Those who are pushing for protection against any form of harm, be it physical or psychological, have found their voices and grown in number. We will not be silenced and there are too many of us to sweep under the carpet.

If you or a loved one are experiencing any form of abuse, there is help. Organizations such as No Silence No Violence can provide resources for survivors, and organizations such as Jessica Yaffa, LLC can help educate the public through training programs and workshops, as well as help individuals heal through relationship coaching services. Please do not hesitate to reach out.