Men Can Be Victims of Abuse, Too 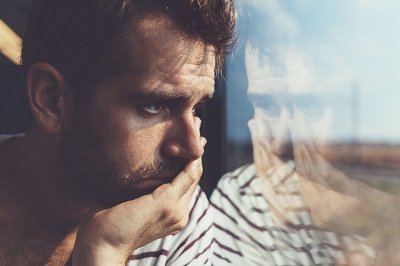 While we are making great strides in creating safe spaces for abused women to come forward, it’s important to remember that men can be victims, too. Not only do we need to recognize the extent of male victimization, we need to create safe spaces for them to come forward and receive support and resources. We need to include them when talking about domestic and intimate partner violence so we can begin to shift the focus from women who have been abused to “people” who have been abused.

To shed some light on the extent of male victimization, we’ve gathered statistics from a number of sources.

The statistics show that the abuse of men is real, and the problem is significant. In reality, these numbers are likely much higher, since many men don’t come forward to report the abuse.

Why don’t men report the abuse? While there are as many reasons as there are victims, we tend to see the same explanations for not reporting the abuse. It often comes down to embarrassment, shame, fear that nobody will believe them, and/or fear that they will be seen as the instigator.

Domestic Violence Against Men: What Does it Look Like?

Domestic violence/intimate partner violence can look different in every situation, however, there are some common signs of abuse:

While we can’t speak for every man, we do see common reasons why men stay in an abusive relationship, including:

What can we do?

If you suspect a man is being abused:

If you are being abused:

Most importantly, know that you are not alone. Know that we believe you. Know that there is help. You have a right to feel safe and supported and connected. As you navigate your situation, take the following steps when possible:

Domestic and intimate partner violence doesn’t discriminate. It doesn’t matter whether you’re a man, woman, gay, straight, religious, atheist, CEO or unemployed – abuse can affect anybody. And everybody has a right to safety.

Want to join the discussion?
Feel free to contribute!